Literary translators have to be well-versed in more than one language–and they must have a strong sense of the nuances of how language is used as an artistic medium.

Susanna Velarde Covarrubias is a poet, playwright, translator, percussionist, and performer. Daughter of Mexican immigrants, she’s drawn to the borderlands, be they geographic, linguistic, cultural, or the liminal spaces found between genres, labels, breaths… After earning a B.A. double major in French and Spanish, and pursuing a Graduate Certificate in Literary Translation from Arizona State University, she studied playwriting at the University of Notre Dame, and earned her MFA in Creative Writing at Rutgers University-Newark. She can be reached at [email protected] LatinoStories.Com.

Mauricio Espinoza is a poet, essayist, and translator. He is assistant professor of Spanish and Latin American literature at the University of Cincinnati and has translated the work of Costa Rican poet Eunice Odio and several Salvadoran-American poets.

Tiffany Dalton López is an emerging writer and the co-author of Roadmap to Reflection:  A Guide to Student Reflection in The World Language Classroom. A Spanish teacher in Nebraska, she is an instructional coach and instructional design specialist who aids World Language teachers in developing and implementing equitable, proficiency based curricula and strategies that maximize joy and effectiveness in their classrooms. An experienced Spanish/English translator, she is currently working on a translation from Spanish of a historical fiction novel based on the life of Bodhidharma. 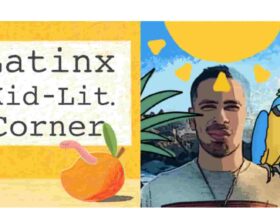