Skip to Content
Home Information About Latino Latinx Authors Salvadoran-American Authors Who Have Been Trailblazers in U.S. Literature

According to the Pew Research Center, Salvadorans are the 3rd largest Latino group in the U.S, totaling 2.3 million in 2017. The authors have trail-blazed paths in the literary world, capturing major awards and critical acclaim along the way.

Jose B. Gonzalez is the author of the International Latino Book Award Finalists, Toys Made of Rock (2015) and When Love Was Reels (2017). He co-edited (with John S. Christie) one the first major anthologies of Latino literature,, Latino Boom: An Anthology of U.S. Latino Literature (2006). He is a Fulbright Scholar and has been anthologized in The Norton Introduction to Literature. He has been a contributor to NPR and has been a featured speaker throughout the U.S.

William Archila published The Art of Exile in 2009 and The Gravedigger’s Archaeology in 2015. His poetry is also featured in anthologies including Another City: Writing from Los Angeles (2001), Kalina: Theatre Under My Skin, Contemporary Salvadoran Poetry (2014), and The Wandering Song: Central American Writing in the United States (2017).

Ruben Martinez, born to a Salvadoran mother, published Crossing Over: A Mexican Family on the Migrant Trail in 2013. He is a journalist, author, and musician.

Claudia Castro Luna is Poet Laureate of Washington State. She is the author of Killing Marías (Two Sylvias Press) and This City, (Floating Bridge Press).

Leticia Hernandez Linares published Mucha Muchacha, Too Much Girl in 2015 and co-edited The Wandering Song: Central American Writing in the United States in 2017.

Yesika Salgado has been featured in the Los Angeles Times, Teen Vogue, Univision, Vibe Magazine, Huffington Post, and NPR. She is the author of Corazón, Tesoro, and Hermosa,

Roberto Lovato is the author of Unforgetting: A Memoir of Family, Migration, Gangs and Revolution in the Americas. Lovato has reported on numerous issues—violence, terrorism, the drug war and the refugee crisis—from Mexico, Venezuela, El Salvador, Dominican Republic, Haiti, France and the United States, among other countries.

Carolina Rivera Escamilla — educator, writer, theater actor, and documentarian — is the author of …after… and lives in Los Angeles, California. Born in El Salvador, she went into exile in Canada in the mid 1980s. Rivera Escamilla is the director, writer and producer of the documentary “Manlio Argueta, Poets and Volcanoes,” and a Fellow of the Pen Center USA Rosenthal Foundation Emerging Voices Program.

Christopher Soto, who also uses the name Loma, is the author of Sad Girl Poems (Sibling Rivalry Press, 2016) and the chapbook How to Eat Glass (Still Life Press, 2012).

Cynthia Guardado is Professor of English at Fullerton College, the managing editor of LiveWire, and author of ENDEAVOR, which was published in 2017 by World Stage Press.

Click on the links below and check out how the following authors have also made great contributions to Salvadoran American literature. 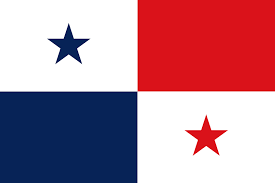