According to the Pew Research Center, 679,000 Latinos of Peruvian descent lived in the U.S in 2017. They are the 11th largest Latino group in the U.S. This list is full of authors who have established themselves as great writers.

Daniel Alarcón published his first collection, War by Candlelight, in 2015. His novel, Lost City Radio, was published in 2007. At Night We Walk in Circles, was a finalist for the 2014 PEN/Faulkner Foundation Award.

Marie Arana is a writer-at-large for the Washington Post, and former editor-in-chief of Book World, the literary review section of the Washington Post. Arana has written several books. Her most recent is Bolívar: An American Liberator, a biography of Simon Bolívar researched and written while in residence at the Kluge Center. The book was awarded the Los Angeles Times Book Prize for best biography of 2013. Her previous works include Lima Nights, a novel published in January 2009, and Cellophane, a satirical novel set in the Peruvian Amazon, published in 2006 and a finalist for the John Sargent First Novel Prize. In 2001, she released a memoir about her bicultural childhood, American Chica: Two Worlds, One Childhood, which was a finalist for the 2001 National Book Award, as well as the PEN/Memoir Award.

Paul Cuadros is an award-winning investigative reporter and author whose work has appeared in The New York Times, The Huffington Post, Time, Salon.com, The Chicago Reporter, and other national and local publications.

Roxana A. Soto is bilingual (English/Spanish) journalist and the author of Bilingual is Better.

Natalia Sylvester’s work has appeared in the New York Times, Bustle, Catapult, Electric Literature, Latina magazine, McSweeney’s Publishing, and the Austin American–Statesman. She is the author of Running, Chasing the Sun and Everyone Knows You Go Home.

Melissa Rivero is the author of The Affairs of the Falcóns, which won the New American Voices Award and was nominated for the PEN/Hemingway Debut Novel Prize, the Aspen Words Literary Prize, and the Center for Fiction’s First Novel Prize. Born in Lima, Peru and raised in Brooklyn, she is a graduate of NYU and Brooklyn Law School. 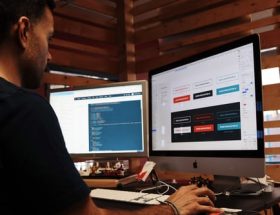