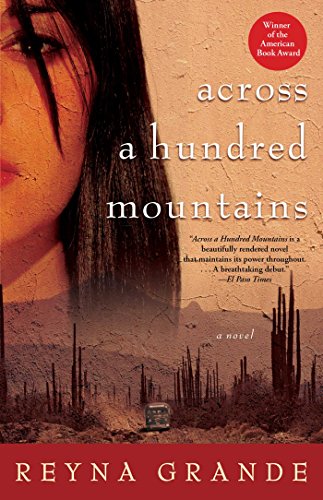 As the public discourse over undocumented immigration becomes more heated and, at times, outright ugly particularly in the blogosphere, attacks on such immigrants are often made in broad strokes and with gross generalizations.  This should not be a surprise because it is easier to denigrate and reject a group of people if you dehumanize them and make them faceless.  But that’s where talented writers come in: With skillful prose, they can focus on a small group of undocumented immigrants and make their struggles and humanity real to the reader so that it becomes increasingly difficult to dismiss their plight with a bumper sticker slogan or the waving of an American flag.

Two years ago, Luis Alberto Urrea did exactly that with The Devil’s Highway (Little, Brown), where he brilliantly chronicled the plight of twenty-six Mexican men who in 2001 crossed the border into an area of the Arizona desert known as the Devil’s Highway; only twelve made it safely across. The book received wide acclaim and was a finalist for the 2005 Pulitzer Prize for general non-fiction.

Now comes a fictionalized story of undocumented immigration in Reyna Grande’s debut novel, Across a Hundred Mountains (Atria Books).  In evocative language that never falls into the trap of bathos, Grande tells her story in a non-linear narrative with chapters that alternate between her two female protagonists, Juana Garcia and Adelina Vasquez.  First, we have Juana, a young girl who lives in a small Mexican village in extreme poverty.  When a flood leads to yet another death in her family—a death that Juana feels responsible for—Juana’s father believes that he must earn more money to house his family in safer quarters.  He believes that there are abundant opportunities “en el otro lado” based on a letter from a friend: “Apá’s friend wrote about riches unheard of, streets that never end, and buildings that nearly reach the sky.  He wrote that there’s so much money to be made, and so much food to eat, that people there don’t know what hunger is.”

With such dreams, Juana’s father decides to leave his family and enter the United States relying on a fast-talking coyote.  After making numerous promises to send money once he’s found employment, Juana and her mother hear nothing for years leading to further poverty.  Worse yet, Juana’s father had to borrow money from Don Elias in order to pay the exorbitant fee charged by the coyote.  Once Juana’s father embarks his journey to the United States, Don Elias swoops down on Juana’s beautiful mother with ideas as to how repayment can be made.  Eventually, a few years later after no word from her father—with an abused mother who has fallen into alcoholism—Juana decides to leave home to find her father.

Juana eventually crosses paths with a young prostitute, Adelina, in the border city of Tijuana.  They make plans to join forces and sneak into the United States together.  For Juana, there’s a chance to find her long lost father.  For Adelina, there’s hope to cast off the shackles of her abusive boyfriend/pimp.  This friendship is perhaps one of the most affecting elements of Grande’s narrative.  And in a twist reminiscent of Dickens and that is best left for the reader to discover, these brave young women end up insinuating themselves into each other’s life more than one could imagine.

The publisher tells us that Grande was born in Guerrero, Mexico in 1975, and that she entered the United States as an undocumented immigrant at nine years of age.  Despite such obstacles, Grande earned her B.A. in Creative Writing from the University of California at Santa Cruz and was a 2003 PEN USA Emerging Voices Fellow.  In other words, Grande is living the American dream and has offered a striking and moving story about people who have traveled the same dangerous journey that she did.

Across a Hundred Mountains is a beautifully rendered novel that maintains its power throughout because Reyna Grande keeps control over her language and does not feel a need to trumpet emotionally volatile scenes of alcohol and drug abuse, rape, poverty and infant mortality.  This is a breathtaking debut from a young writer who has a remarkable literary future before her.