Skip to Content
Home Analysis The Puerto Rican We Should All Know: Pedro Albizu Campos

If you teach Latinx Studies or any sort of American studies, you need to know this name. More than that, your students need to know it. Pedro Albizu Campos is one of the most famous and most influential Puerto Rican figures in the history of the island, yet he is also one of the least known and least studied individuals in the U.S.

Fluent in six languages, Albizu Campos graduated from Harvard University Law School in 1921. He was at the top of his class and would have delivered a valedictory speech, but a professor ensured that no Puerto Rican would have that honor and kept his grades back. As a result, he did not graduate with the rest of his class. He served as president of the Puerto Rican Nationalist Party. Knowing that Spain had granted Puerto Rico independence via the Autonomy Charter of Puerto Rico, and being fully versed in the imperialistic nature of actions by the U.S., he became a vocal critic of U.S. possession of Puerto Rico.

Albizu Campos was also critical of Dr. Cornelius P. Rhoads, a U.S. oncologist and pathologist whose racist views of Puerto Ricans were documented in a letter that would have remained private had Albizu Campos not brought it to public light. In that letter, Rhoads declared, “They are beyond doubt the dirtiest, laziest, most degenerate and thievish race of men ever inhabiting this sphere. It makes you sick to inhabit the same island with them. They are even lower than Italians. What the island needs is not public health work but a tidal wave or something to totally exterminate the population. It might then be livable. I have done my best to further the process of extermination by killing off 8 and transplanting cancer into several more. The latter has not resulted in any fatalities so far…. The matter of consideration for the patients’ welfare plays no role here-in fact all physicians take delight in the abuse and torture of the unfortunate subjects….”

Predictably, Albizu Campos captured the attention of the U.S. government. Much the same way that the FBI followed and eavesdropped on figures such as Malcolm X and Dr. Martin Luther King, Jr., the FBI eventually followed Albizu Campos’ every move. The FBI files on Albizu Campos, which have been declassified and are available for review, paint a clear and concerning picture of the extent to which the U.S. declared him a threat.

Albizu Campos was a gifted orator and there is no way that a translation can fully capture his rhetorical skills. Still, I recorded this speech in English in the hopes that more audiences will be able to appreciate his words and learn more about a figure that all high school graduates should know by name. 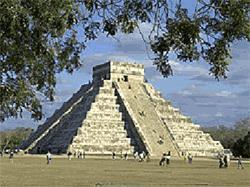